Tuesday 31st July 2018 – Hopefully we will have a much better day today! We are heading off to Track X cemetery first to find James Archibald McPhee’s final resting place and to lay our wreath. Before our trip I had not appreciated the sheer number of cemeteries that are around…many of which only contain a few graves and often in out of the way places. If you are visiting I would recommend you buy a decent cemetery map in advance of your trip! 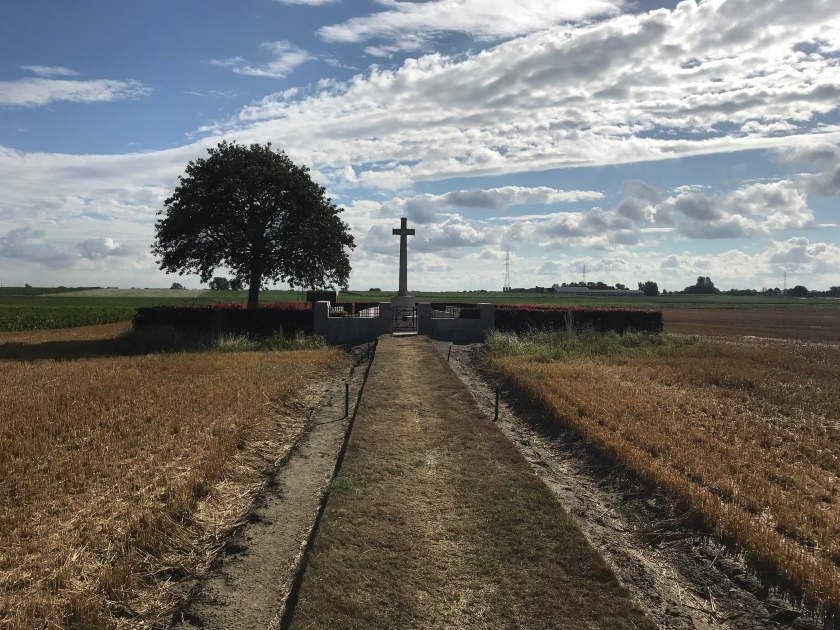 We did find the cemetery and were touched but its small size and how well-kept it was. It was a really moving experience to stand at his headstone after all these years. It was very emotional and didn’t want to leave, instead we spent some time walking around and looking at the landscape. My thoughts are that he must have died within sight of this spot and I finally came to terms with the fact that we will never know for sure where and when he died. His headstone says 3 August but other records just state 31 July – 3 August. 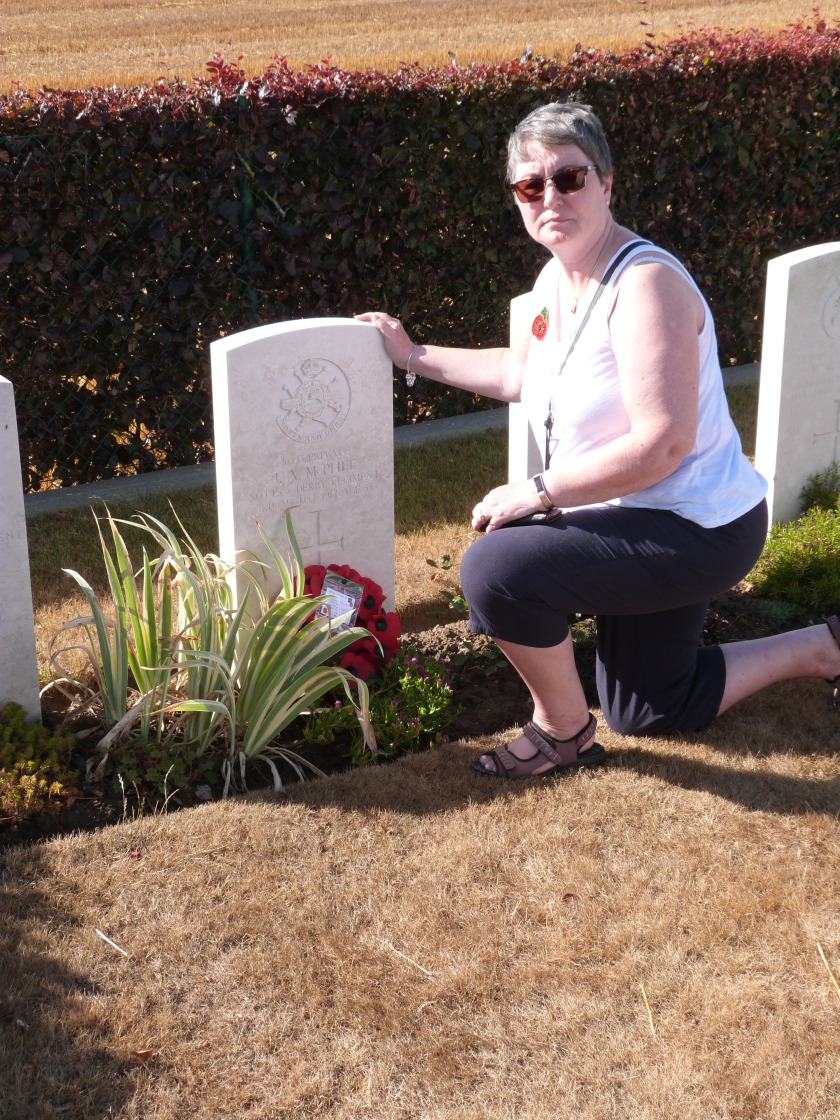 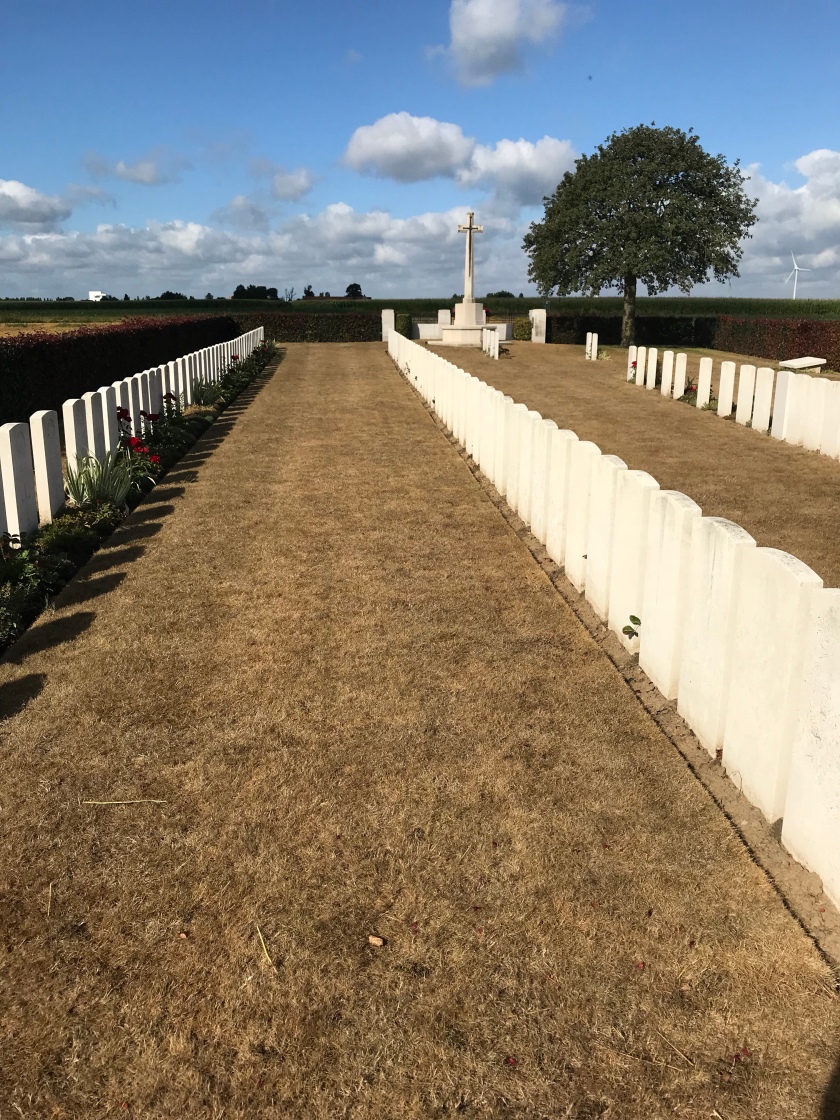 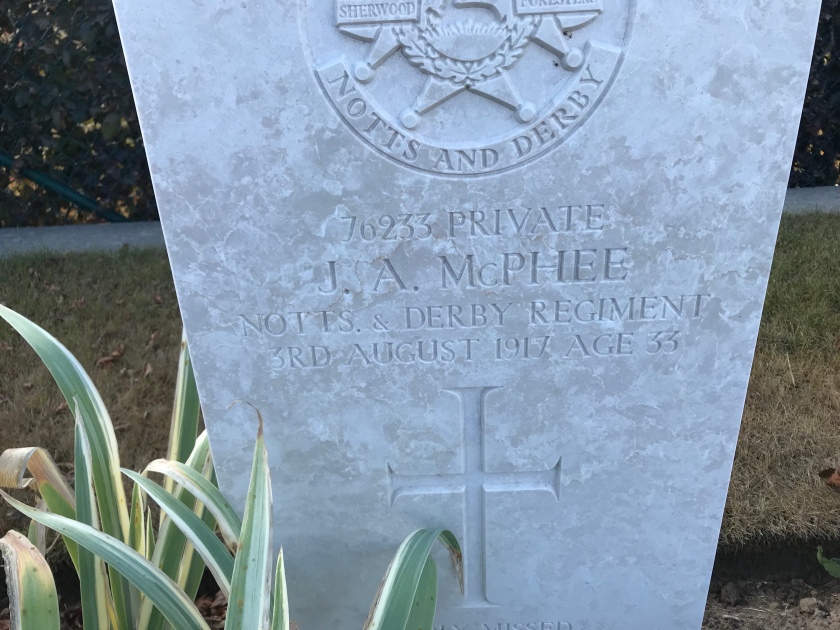 Before leaving we signed the cemetery register and left in a sombre but satisfied mood heading for Poperinghe. This town was relatively untouched by the bombing and retains a lovely charm about it. We had coffee in the famous La Poupee cafe where the legendary ‘Ginger’ waitress was known for cheering up the soldiers while they rested before the next onslaught. 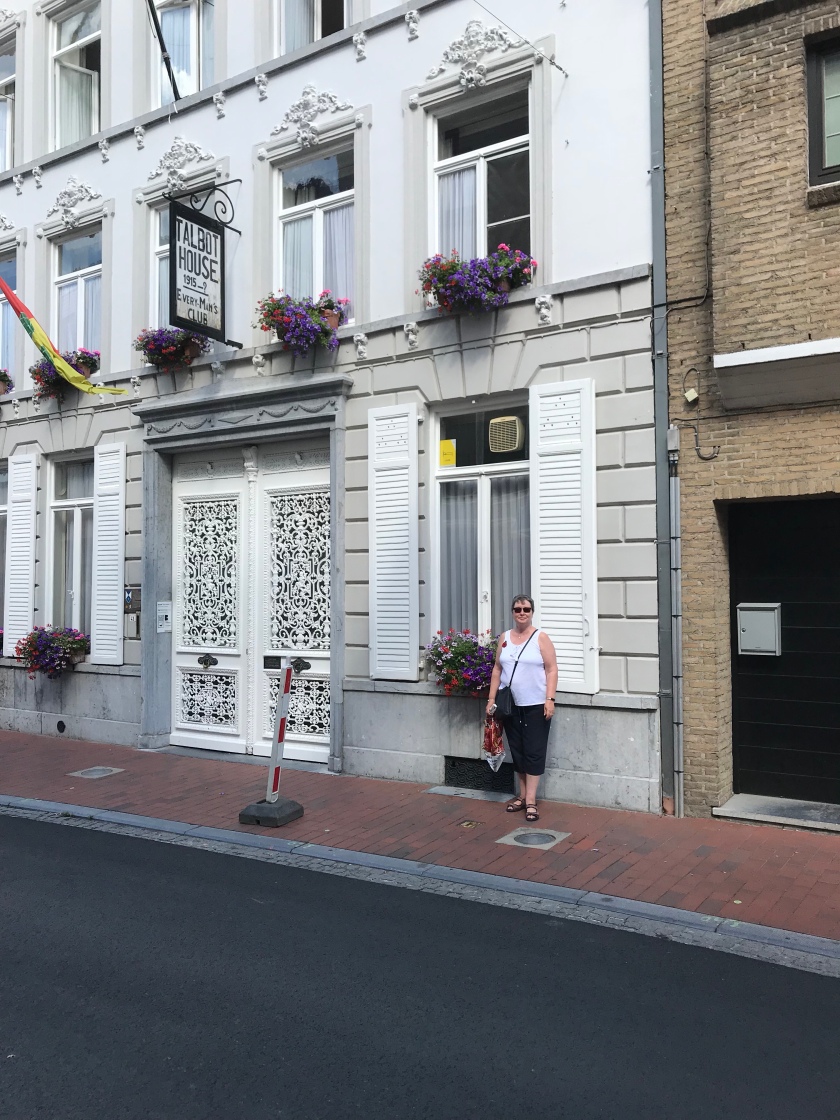 We visited Talbot House which was a real gem of a place with a lovely calm atmosphere. Here hundreds if not thousands of soldiers of all ranks came for a little piece of ‘normality’. One thing that really touched me was the film recreating the sort of concert party they held. James was a great singer and as not a Nottinghamshire or Derbyshire man I have always thought he might well have been one of the Cuckoos who were the Sherwood Forester’s concert party. It was really moving and the whole house had a lovely atmosphere that must have meant so much to so many.

Once we returned to Ypres we then visited the In Flanders Field Museum in Ypres. Located in the grand cloth hall itself it was a good museum albeit a bit hot to be comfortable. One highlight for me was the audio-visual show they had which really did bring the progress, landscape and timeline to life.

(Sorry for the odd placeholder – the video works fine!)