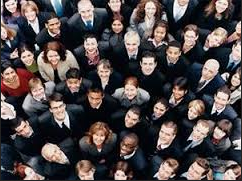 In past blogs and press articles I have made no secret of the fact that I love using census records to create a really firm foundation for further research. It is much easier to be confident you have the right family group rather than relying solely on individual civil or parish records.

However, they don’t help with research on what happened in the intervening 10 year gap and are not particularly useful before 1841. However, there are some other records that can help and outlined here is a brief overview of what else to investigate.For more details, various guides, websites and publications as to what has survived and where the records are located can act as a short cut when tracking the relevant records down.

These taxation records broadly cover 12th to the 17th centuries.Most of any surviving records are held by TNA (The National Archives) in Kew, London. Local County Record Offices might be worth a visit if you cannot find them in TNA.

These assessments of able-bodied men who were available for battle, if and when required. The earliest records date from 1522 and end in about 1640, although a handful were taken after this date. The records are held by TNA, local County Record Offices and the British Library.

The Solemn League and Covenant returns

This covers English and Scottish citizens dating between 1638-1648 with the records being available as part of the parish records held by local County Record Offices.

This dates from 1641 and was taken by all those who were rejecting the Catholic faith and can often be found as part of the parish records or held within the parliamentary archives, who do have an online database called Portcullis.

This is a simple but easily accessible set of records. It started in 1660 until 1689. They are held as part of the subsidy rolls held by TNA, some may be found in the Quarter Sessions records held by the local County Record Office or there is an online database at www.hearthtax.org.uk

This covers the period 1693-1963 but the survival and location of the records varies greatly. The most likely places to look are in Quarter Session records at local County Record Offices and at TNA. Alternatively Ancestry.co.uk offer land tax records for various areas in London from the years 1692 through 1932.

These are particularly useful in the absence of other census-type returns in the 18th and 19th century. The survival rate for these records is generally good and can be found as part of the Quarter Session records at the local County Record Offices.

www.thegenealogist.co.uk holds some records which are available online. For service records of officers and those of other ranks these can be found at TNA and www.findmypast.co.uk.

As I stated at the outset, this is not a full and detailed list but will hopefully help those struggling to find other records in order to work their way back on their research.